As I write this I sit at my desk with a pint size glass of water in a bid to nurse my headache after having one, or two, or four glasses of Processo at the Dorchester Hotel in Mayfair last night!

Why was I at the Dorchester Hotel last night?

Well it just so happened that last night was the RNIB’s Winter Gala event and I was invited as one of the guest speakers to the event and was also featured in this years video appeal alongside a rather adorable young boy by the name of James.

I delivered a speech in front of Dame Shirley Bassey no less.

But, it was a wonderful evening with some great performances from Blake and Brian Ferry.

The Dorchester Hotel is truly spectacular at this time of year decked with lights, garlands and huge Christmas trees stand tall and proud in the foyer festooned with lights and red coloured ball balls. In the foyer stood a two story gingerbread house and a doll house fashioned into a little replica of the hotel itself. It was like stepping into a Christmas fantasy.

For the event I wore a black and silver damasque design dress with a fitted waste and full circle skirt. The dress was from Chi Chi London and is known as the ‘Lottie Dress.’ I also paired it with my pink lip Lulu Guinness couch bag and my Cinderella glass slippers from Harrods which have been fashioned to look like the shoes from the movie. Even at 21 I still enjoy partaking in a bit off dress up from time to time.

But, aside from the glitz, glamour and Christmassy touches it was a great privilege to be able to attend this event and support RNIB. A charity that gave me the ability to read and access the books that I love.

I would like to thank RNIB for inviting me to the event as well as everyone who attended, pledged money and has supported the charity. 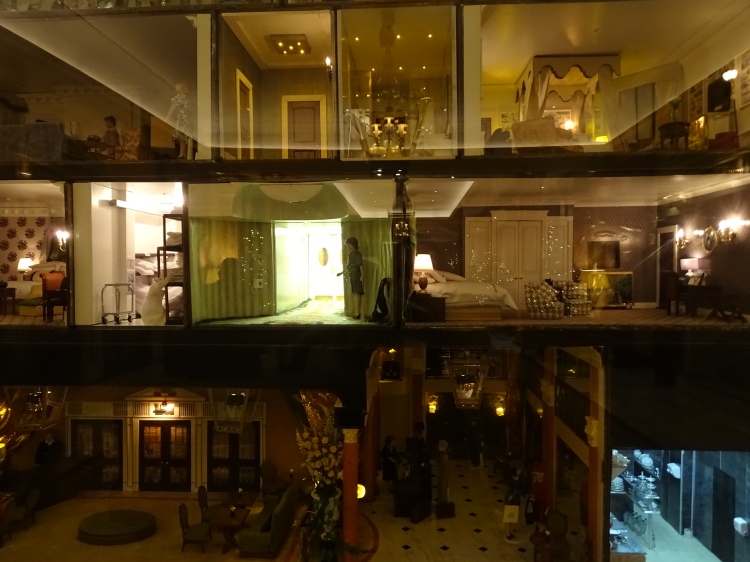 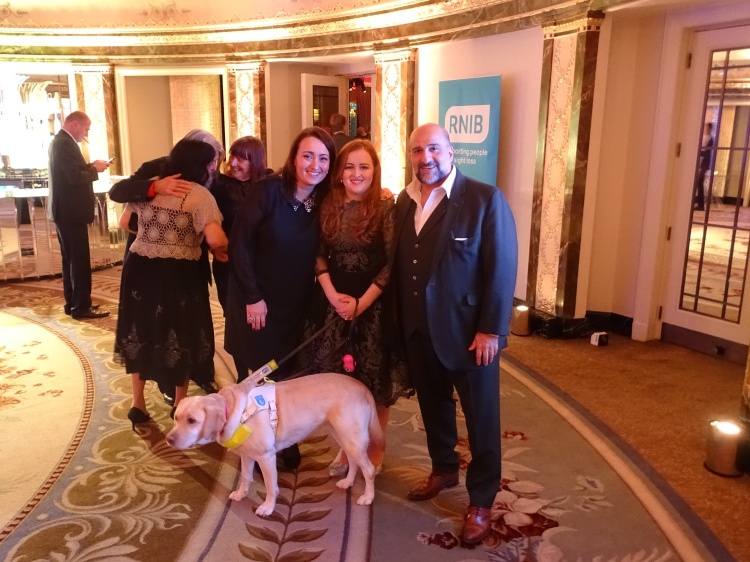 This site uses Akismet to reduce spam. Learn how your comment data is processed.

Emily is a Masters Degree Student, Writer, Journalist, YouTuber and blogger who runs the blog and YouTube channel fashioneyesta.com.