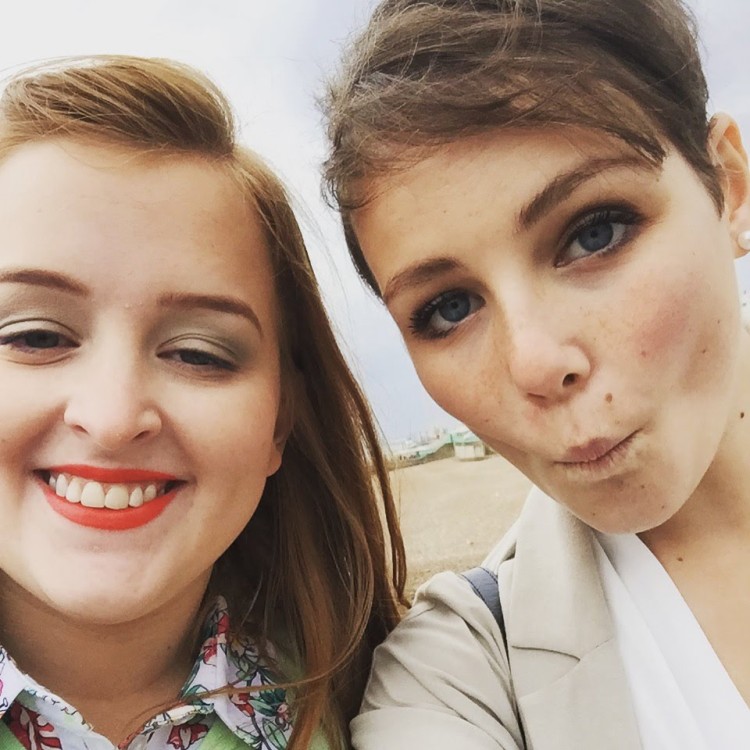 Its been a while since I posted a blog on here, at least two weeks. But, I am doing one today and I hope that this blog explains my absence as of late.

For those of you who have been following me on social media, you probably already know that my close friend and fellow YouTuber Charlotte Eades passed away last week after a long and very courageous battle against cancer. Charlotte died last week at the age of 19 after fighting against cancer for 2 years, she didn’t relinquish the fight and never stopped battling up until the moment she passed away.

I wanted to articulate the way I felt about her, our friendship and her amazing work. Part of me is still in utter shock about what has happened to Charlotte and another part is still profoundly devastated about the loss of her. I knew Charlotte from around February last year after the fates brought us together on YouTube. Charlotte found me after I had posted a few videos relating to disability and another which was a beauty haul. After finding each other on the world of the web we began to talk, by July we had met in her hometown of Brighton and after that we spoke non-stop all the time in the form of texts, calls, Skypes and endless Facebook messages entailing funny cat videos and other random nonsense.

From the day I met Charlotte I felt as if I had an affinity to her, I told her a lot of my past and she told me about her struggles dealing with cancer in return. Charlotte was a great comfort to me and I finally felt that I had a friend who understood me. We understood a great deal about each other, both having had a lot of similar experiences with our illnesses. Yet, I can in no way compare mine to what Charlotte had to endure over the last few years. But, nevertheless we clicked, just like that.

Every day I am reminded of her presence, I still watch her videos when I miss her, I have her photo on my desk of us both in Brighton with windswept hair and big smiles, whenever I see a Mac store or smell the Laura Mercier Creme Brule hand cream she loved it reminds me of her. Seeing something like a flower shop which was where I first met Charlotte as she stood outside the a flower stall in Brighton station next to a mass of Summer blooms waiting to greet me. So many things make me think of her and remind me of how lucky I was to have known her.

People may say what they will about the internet and regard it as a entity more trouble than its worth. But, it brought me and her together and I feel so honoured to have known her and to have been able to call her my friend. Even if it only was for a short time. She taught me so much about myself and she was such a wonderful, talented and beautiful woman inside and out. She truly was an inspiration and I mean that with every fibre of my being.

In life, Charlotte’s goal was to be the voice of young people who were battling cancer. She felt that there was nobody online discussing cancer from a teenage perspective and thats what she sought to change. She began her YouTube channel in 2013 with the aims to help others who were going through cancer and since then she made endless videos on beauty, fashion, dealing with cancer and positivity. Yet, she always remained utterly honest with her subscribers and wore her heart on her sleeve. She possessed a great deal of courage that is a credit to her and her family. She continued to make videos right up until she was admitted to hospital two weeks ago. She remained, strong, resilient, kind and accepting throughout the course of the time I knew her.

She was an prolific campaigner and worked alongside many charities like Cancer Research, Clic Sargent and Stand Up To Cancer. She appeared on the BBC and The Wright Stuff, met Marcus Butler and most importantly remained to be her true, honest, and wonderful self throughout the entire thing.

Her family are going to continue to leave her her channel up and running so that others going through a similar situation may find comfort in her work. Charlotte left this work with an amazing legacy and one that will be cherished by thousands, including me. Just like in her video she made for the charity Clic Sargent where she says ‘and I’ms still here’ she is still here and will live on in the hearts of those thousands of people she touched online and in person, including myself.

What I want all of my readers to take away from Charlotte are these key things.

Never judge a book by its cover.

If you know someone who is going through an illness, don’t ignore them. Something as simple as a smile or a friendly gesture can make all the difference.

Be positive and live your life the way you want to and don’t let your illness hold you back.

And last of all, stay stylish and fabulous!

Charlotte’s family have also started a memorial fund to raise funds for the Children With Cancer Trust, a charity that helped Charlotte. So, please if you can do donate a small something in solidarity to her and her loved ones.

Click here to check out her memorial fund page.

I’d like to think Charlotte’s up there somewhere now trading tips with her fashion icon Audrey Hepburn about shoes and the like. But a big part of her is still here in essence and enduring memory.

Goodbye my dear friend, I love you always and I’ll never forget you.

This site uses Akismet to reduce spam. Learn how your comment data is processed.

Emily is a Masters Degree Student, Writer, Journalist, YouTuber and blogger who runs the blog and YouTube channel fashioneyesta.com.